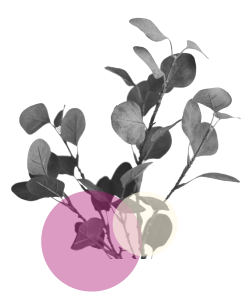 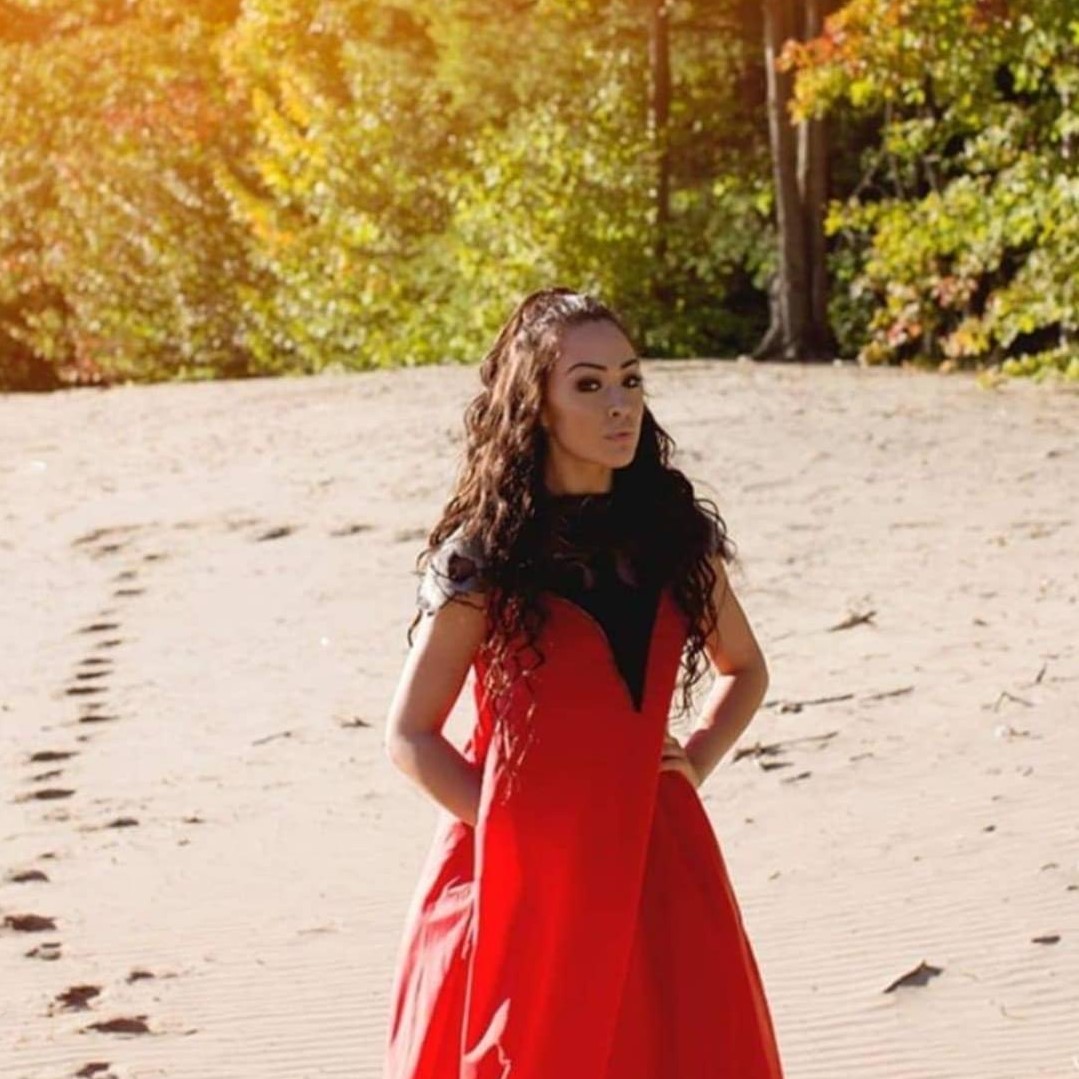 Bryanna Brown (she/her) is Inuk and Mi’kmaq from Nunatsiavut, Labrador. She is the originator of the “Land Back Movement” to advocate for sovereignty in Indigenous peoples, as well as Black, Indigenous, and People of Colour (BIPOC) communities, and to promote land ownership and reclamation as a means of environmental protection, and self-determination. Bryanna is a traditional storyteller and knowledge keeper. Bryanna is a professional public speaker who has held speaking engagements across Canada and internationally. She is on *Indigenous Climate Action*’s National Steering Committee and Climate Policy Advisory Council. Bryanna has completed the Indigenous Community Support Worker diploma program with Willis College and works as a support to communities in various capacities. Bryanna is honoured to currently be working with the Climate Justice Organizing HUB based in Montreal and the Climate Emergency Unit with the David Suzuki Foundation to establish a Just Transition campaign in Newfoundland and Labrador. She is a business consultant working in anti-human trafficking as well as climate regeneration to protect the land and Indigenous communities with previous and present experience working with universities across Canada, healthcare facilities, Indigenous NGOs, Black and Indigenous grassroots organizations, and international climate and policy organizations. She advocates for the rights of women, Indigenous Peoples, Missing and Murdered Indigenous Women and Girls (MMIWG), environmental injustice in relation to MMIWG and persons with disabilities (as someone with lived experience), with efforts to change public policy in order to reduce harm to Indigenous, BIPOC communities and the land. 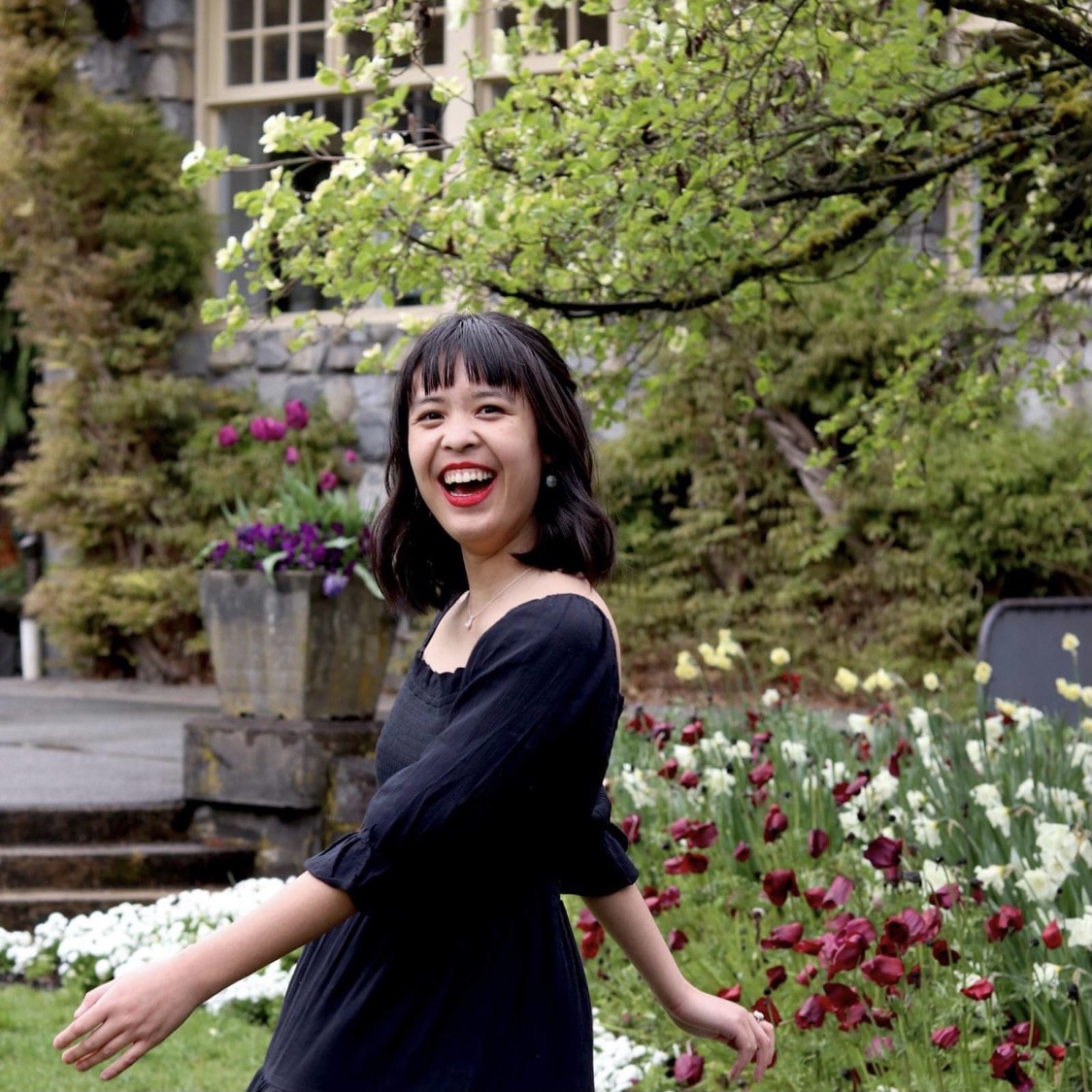 Caitlin (she/her) is a settler originally from the unceded territories of the Musqueam and Tsleil-Waututh Nations (Burnaby, B.C.). She is currently a Media Studies Masters Student at Concordia University and previously studied Human Geography at the University of British Columbia. She has been involved in Climate Justice orientated organizing since 2019 but has also been involved in activism related to intersectional feminism and decolonization. She is currently a part of Climate Justice Montreal. 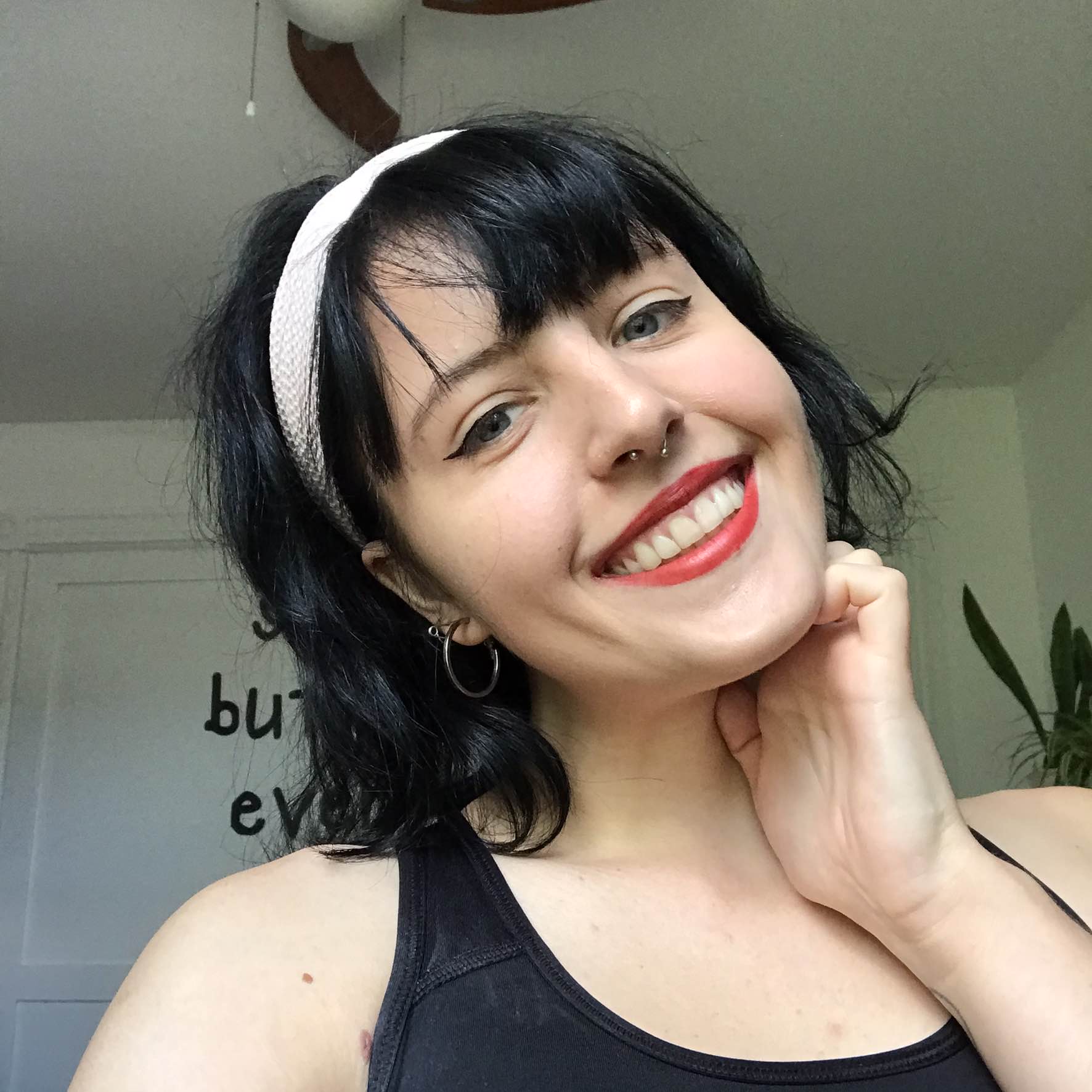 Zoyanne (she/her) is a student minoring in Indigenous Studies at the University of Montreal. As an organizer of many years within diverse struggles, she works towards a movement that is decolonial, anti-capitalist and feminist. She has been part of the HUB team since April as the Communications and Events Coordinator in so-called Quebec. 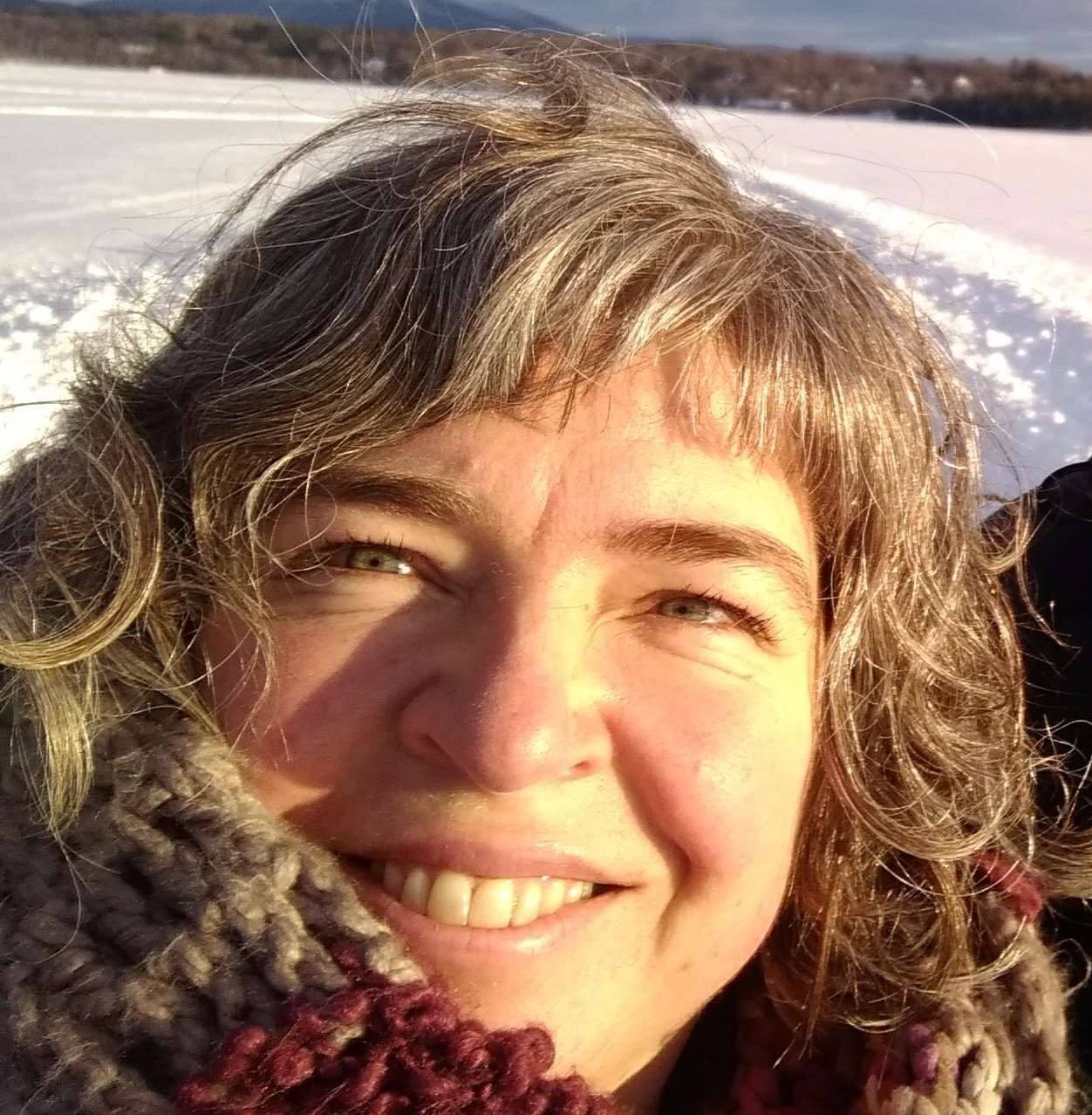 Jen Gobby (she/her) is a settler activist-researcher with a focus on climate justice, systems change and settler-Indigenous relations in climate movements in so-called Canada. She completed her PhD at McGill in 2019 and is now postdoctoral researcher at Concordia University. She teaches environmental studies courses at McGill and Bishops Universities. Her current collaborative research projects are about decolonizing climate policy and transforming systems in covid times. She is the author of More Powerful Together: Conversations with Climate Activists and Indigenous Land Defenders. She lives on a small permaculture farm in rural Quebec, with her partner and their gaggle of ducks and chickens. She is Director of Research Partnerships at Le Hub coordinating the Research for the Frontlines initiative.
www.jengobby.ca 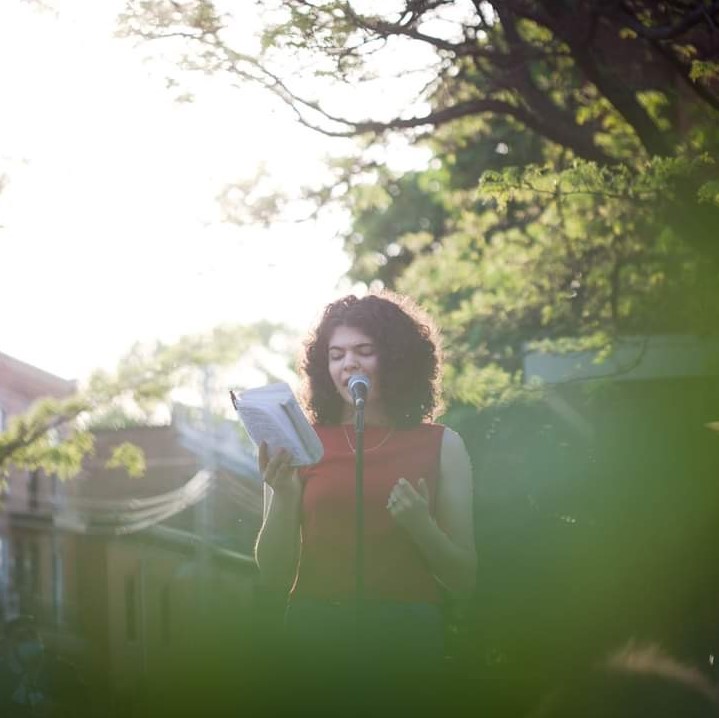 Laura Doyle Péan (they/them) is a queer Haitian-Quebecois poet and multidisciplinary artist, as well as a law and gender studies student, who is committed to social justice and fascinated by the relationship between art and movement work. Born in Nionwentsïo (Quebec city), where they first got involved in intersectional feminist, LGBTQIA2S+, migrant justice and racial justice organizing, they moved to Tiohtià:ke/Mooniyang (Montreal) in 2019, to attend univesity, and joined the fossil fuel divestment movement at the beginning of their first year. As an active member of the Divest McGill campaign, they got to participate in the 2021 Divest Ed fellowship, where they got to do research on school governance and democratization, and make space for reflection and learning along with other climate justice organizers from across turtle island and beyond. They are also one of the founding members of Collective 1629, a Black-led Quebec-city-based collective fighting against racial profiling and other forms of anti-Black state violence in Nionwentsïo. Laura published their first book, Coeur Yoyo, in 2020, and has participated in many artistic productions with the queer feminist collective Les Allumeuses, as well as with l’Espace de la Diversité. They hold a column in the literary magazine Lettres Québécoises, and have published poems and short stories in many others. The English translation of their book, Yo-yo Heart, will come out in London in the fall of 2022, with 87th press. 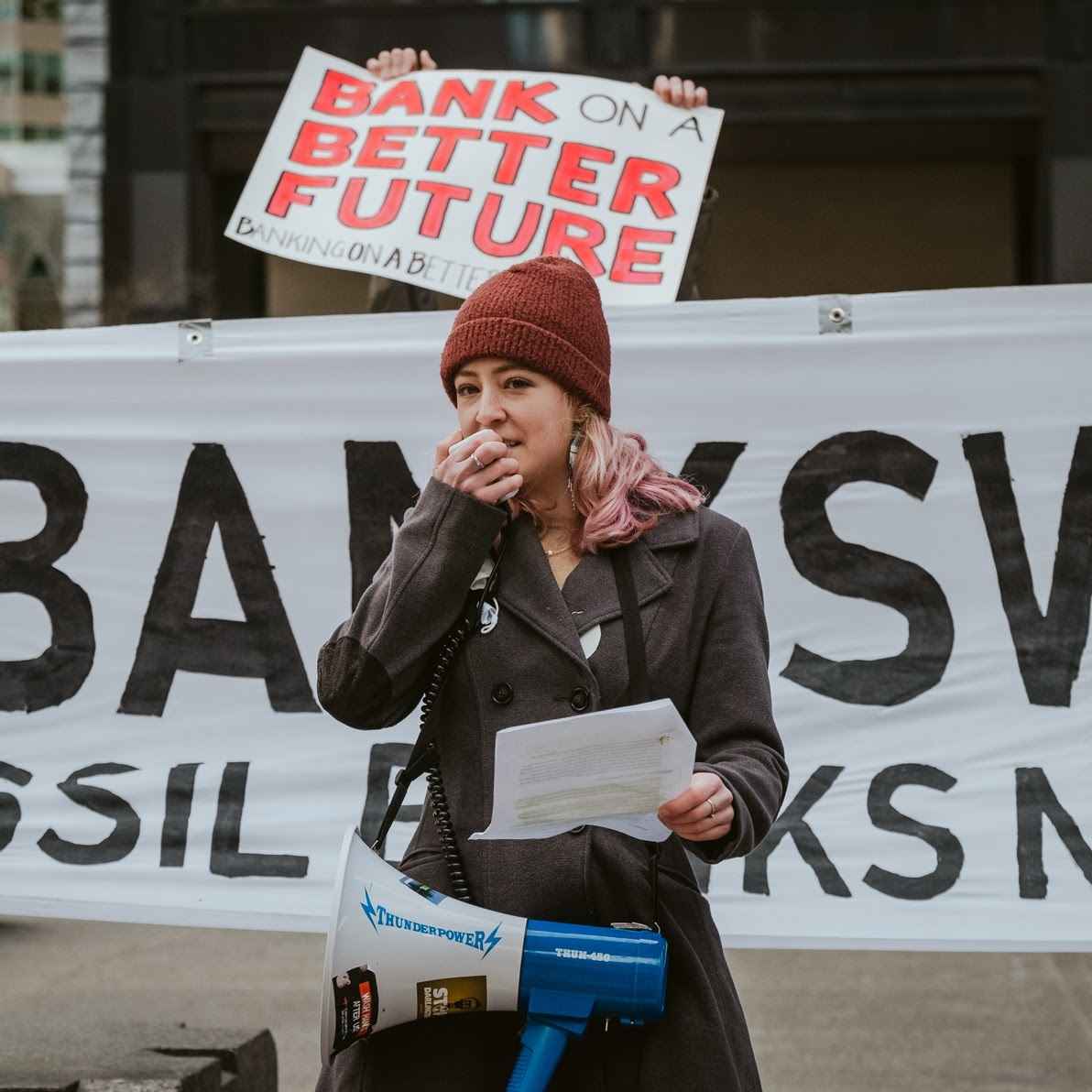 Kenzie (she/they) is a settler residing on the traditional territories of the Mississaugas of the Credit, the Anishnabeg, the Chippewa, the Haudenosaunee, the Wendat people and many other Nations. They are finishing up a Masters in Applied Human Nutrition at the University of Guelph. Kenzie has been involved in the movement for climate justice since 2019. A former member of Climate Strike Canada, most of their efforts have related to banks fossil fuel divestment, Indigenous solidarity efforts and climate justice education. Kenzie is currently a part of Climate Justice Guelph which she cofounded in late 2020. Kenzie also works as the Education Lead for Banking on a Better Future. 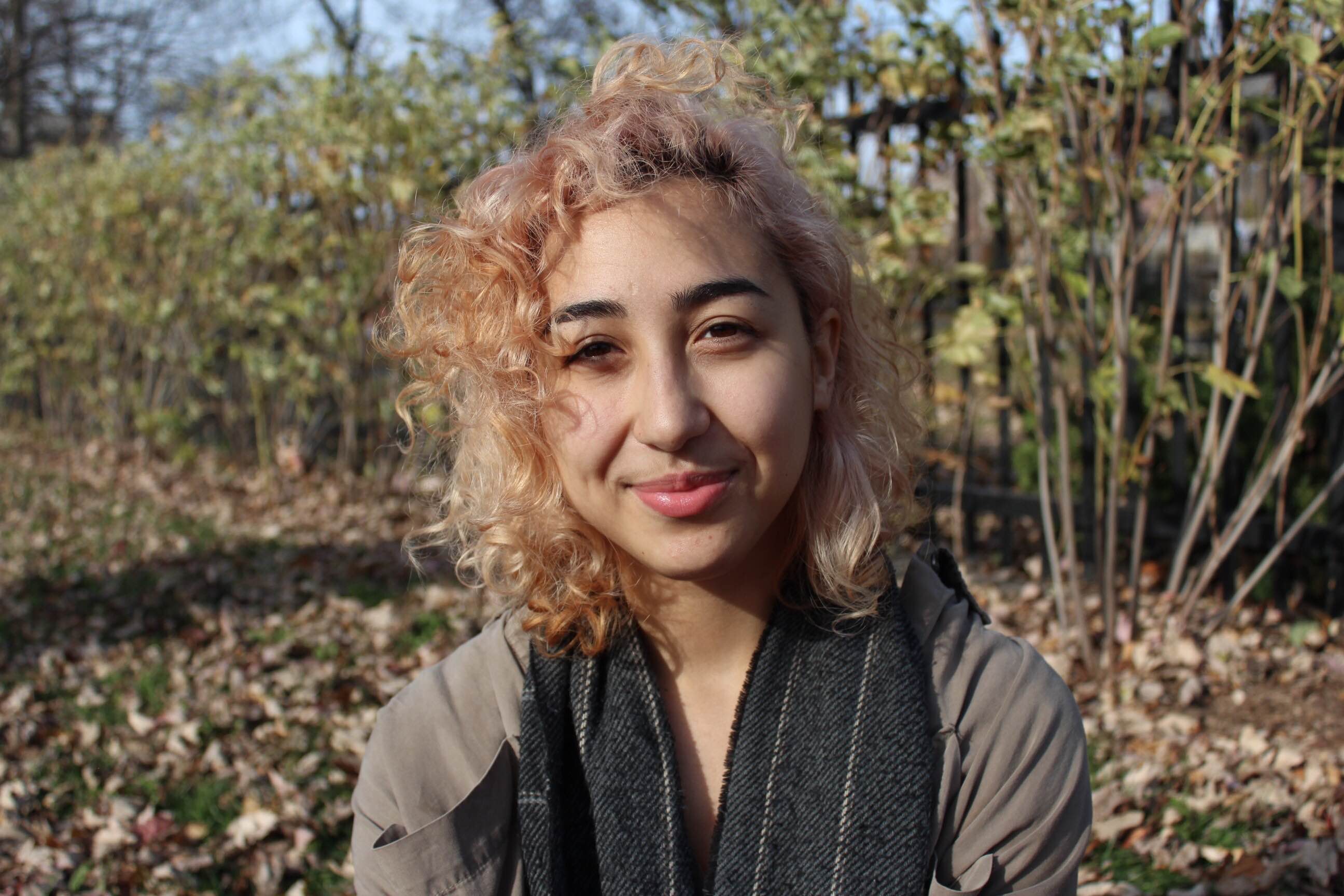 Isabelle (she/her) is dedicated to improving living conditions for everyone in the communities she works with. She has been actively involved in the student movement for climate justice, namely with la Coalition Étudiante pour un Virage Environnemental et Social (CEVES) since the beginning of the organization. Global North-South relations, capitalism and anticapitalism, the critical study of law and sociology are the topics she particularly enjoys. After completing a few courses in sociology at the bachelor’s level, she opted to study law at l'Université du Québec à Montréal (UQAM) in order to better grasp the particularities of the social universe in which she is involved. Thanks to the HUB and the creation of an educational platform called Jeutisc on which she is working, Isabelle wishes to democratize access to knowledge that promotes social justice. 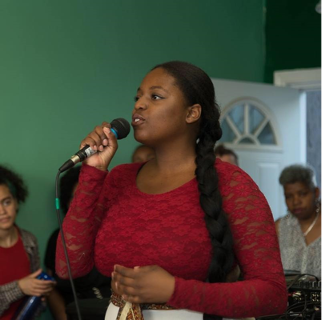 As a graduate from Lionel-Groulx College in 2017, Lourdenie (she/her) is passionate about social sciences, mainly sociology, psychology and anthropology. She is currently strengthening her experience on the field by working in the community sector on macro and micro levels. In the past few years, she invested her time into personal projects as well, such as L’environnement, c’est intersectionnel (The environment is intersectional). It is an initiative that combines arts, social engagement and popular education.

Intersectional feminist, speaker and community worker, she focuses on anything that touches sociology, anti-oppression and social justice. 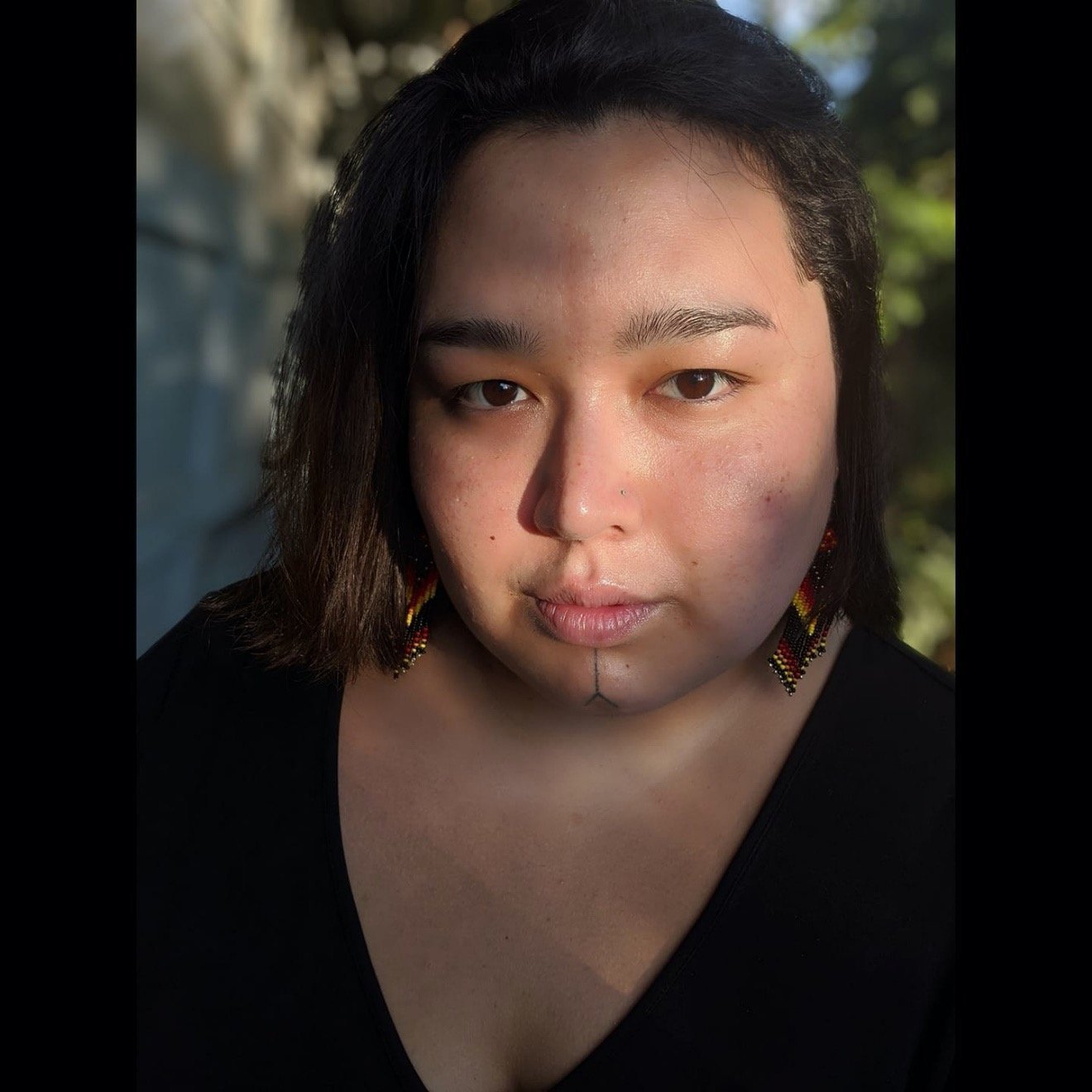 Olepika Takpanie Kiguktak (she/her) was born in Iqaluit, Nunavut. Of Inuk origin, she has spent most of her life in Quebec. Olepika is currently a student at the University of Montreal in philanthropic management and is involved with many organizations, including Puamun Meshkenu, as a youth ambassador. She was involved for a long time in the environmental movement, in particular through her participation in several marches against fossil fuel projects and also sat on the board of directors of the Coule Pas Chez Nous Foundation before realizing that she was not putting her energy in the right places. It was then that she founded YIWA (Young Indigenous Women Action), which aims to organize programs related to the land specifically for Indigenous women. Through this organization, she wishes to provide them with the necessary tools for the future of their peoples and their environments. There is an urgent need to repair the consequences colonization has on Indigenous women. As it seems to be a difficult and constant battle to claim reparations directly from the current system, she prefers to create change here and now: "we must deconstruct to better rebuild". 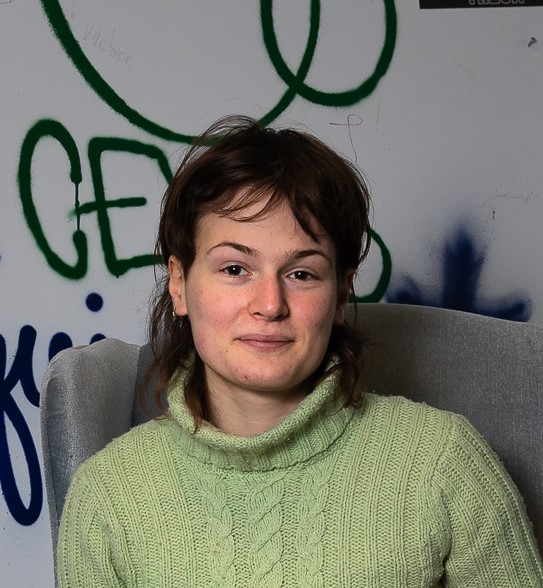 Florence (she/her) is a settler who grew up and lives in Tio'tià:ke/Mooniyang/Montreal. She graduated from Cégep du Vieux-Montréal in Visual Arts and is now pursuing her studies at Concordia University with a minor in Indigenous Studies. She has been participating in various social justice and climate justice initiatives and has been involved in the Coalition étudiante pour un virage environmental et social - CEVES since January 2020. She has done mobilization work within various schools for the student strike movement as well as action organizing. 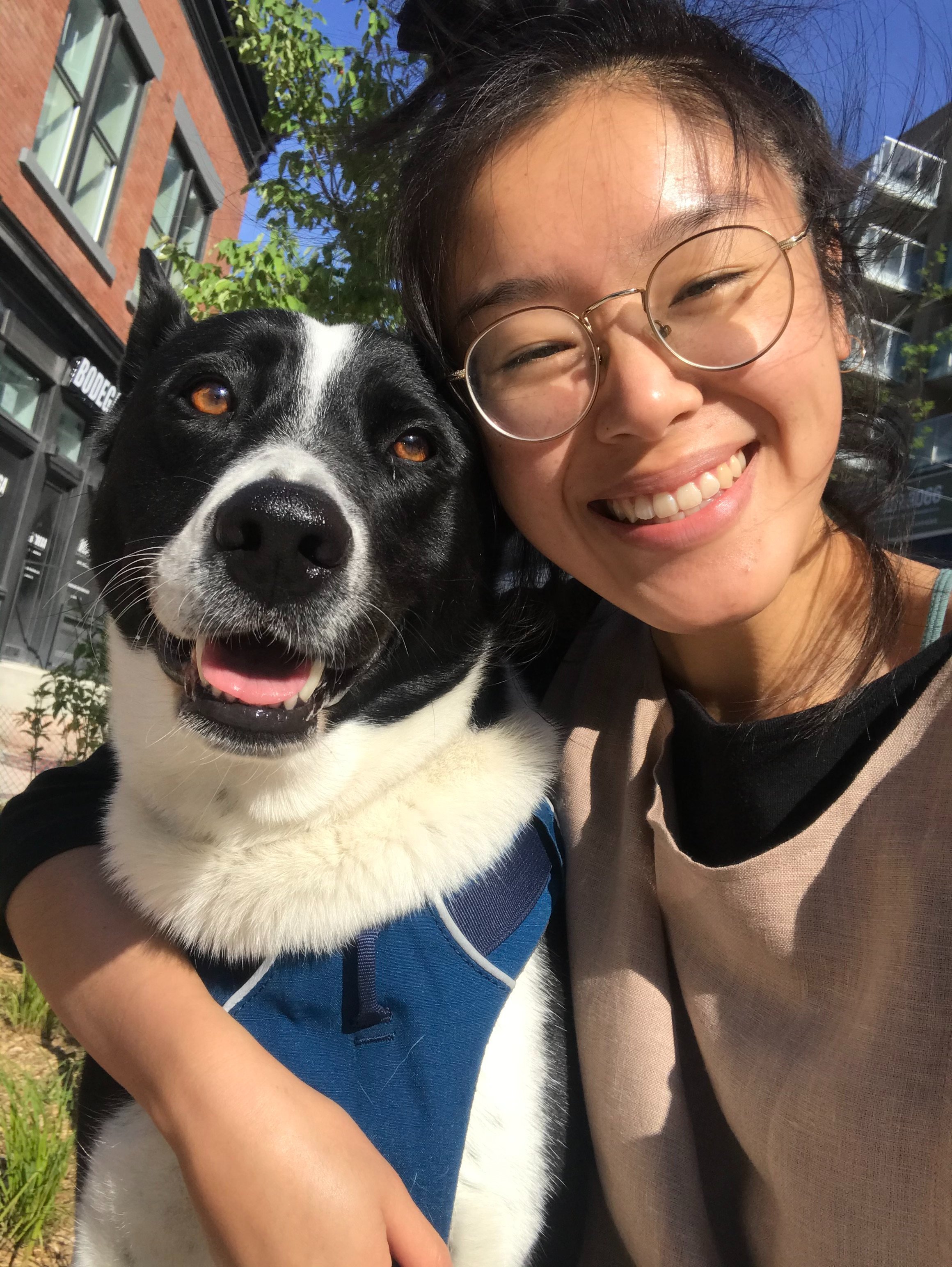 Jacqueline Lee-Tam (she/her) grew up on the unceded territories of the Squamish, Musqueam and Tsleil-Waututh First Nations, in so-called Vancouver as a settler of Chinese descent. She now resides in Tio’tia:ke (Montreal). She has organized around pipeline resistance, fossil fuel divestment and mutual aid and is passionate about community care and dreaming into practice the world we want to live in. She studied Gender, Sexuality, Feminist and Social Justice Studies at McGill University.

Prior to founding the HUB, Tom (he/him) worked as an advocacy mobilization consultant serving NGOs in the U.S., U.K., Canada, Australia and New Zealand. As a researcher and analyst, he has released several reports on emerging campaign practices and publishes frequently in the Stanford Social Innovation Review. To share knowledge openly with other campaigners, Tom devotes his volunteer hours to bottom-lining the Blueprints for Change network, which produces free ‘how-to’ guides for progressive change makers. 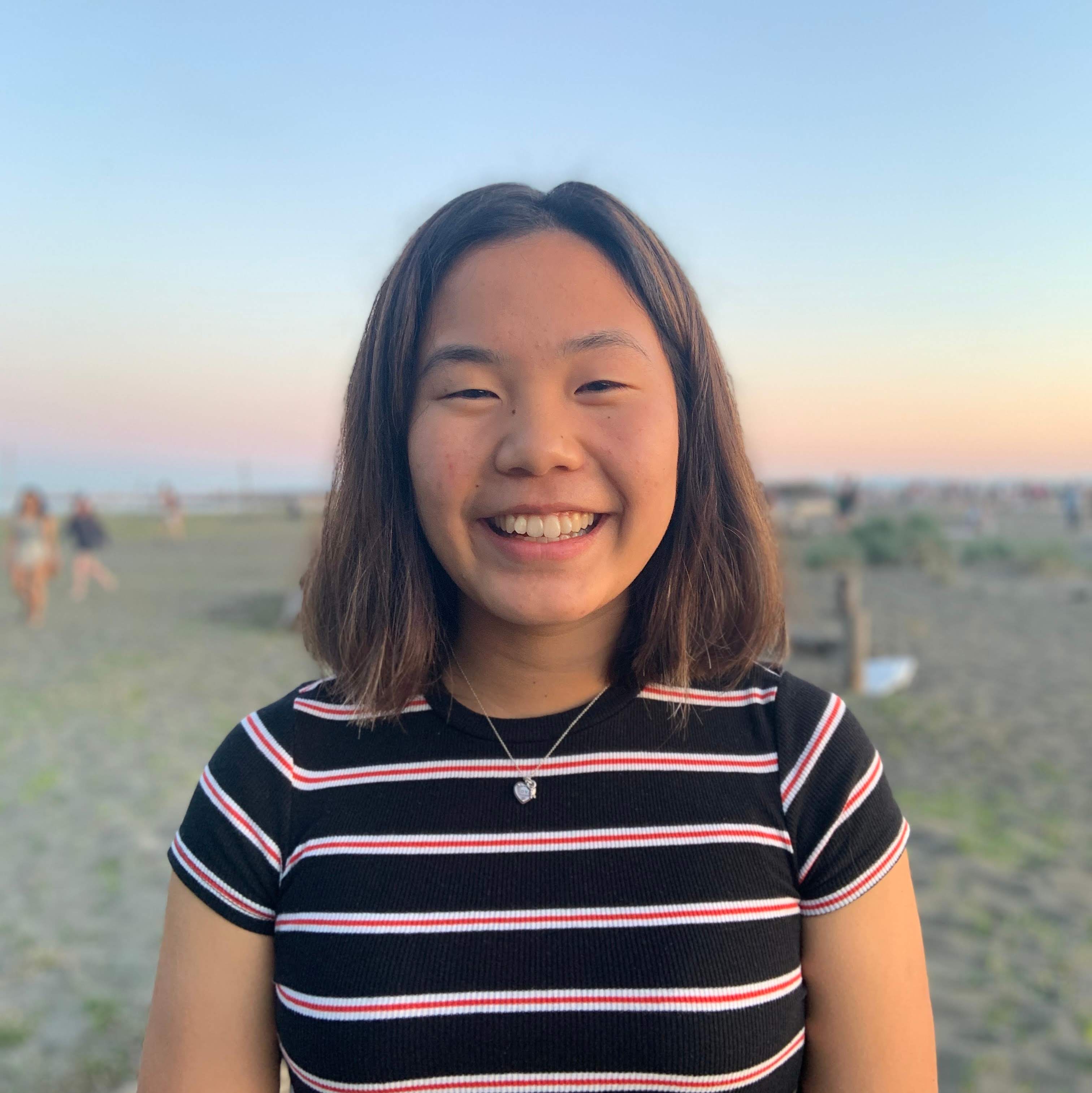 Sam Lin (she/her) is a youth climate justice activist currently attending Queen’s University, on the unceded Anishinaabe and Haudenosaunee territories. After her initial introduction to environmental action, she noticed a lack of dialogue about the intersections of social issues and climate change. Since then, she has organized with youth-led groups such as Sustainabiliteens, Climate Strike Canada, and Banking on a Better Future, with an emphasis on tackling the climate crisis, mobilizing communities, and building a more just, equitable future for all. 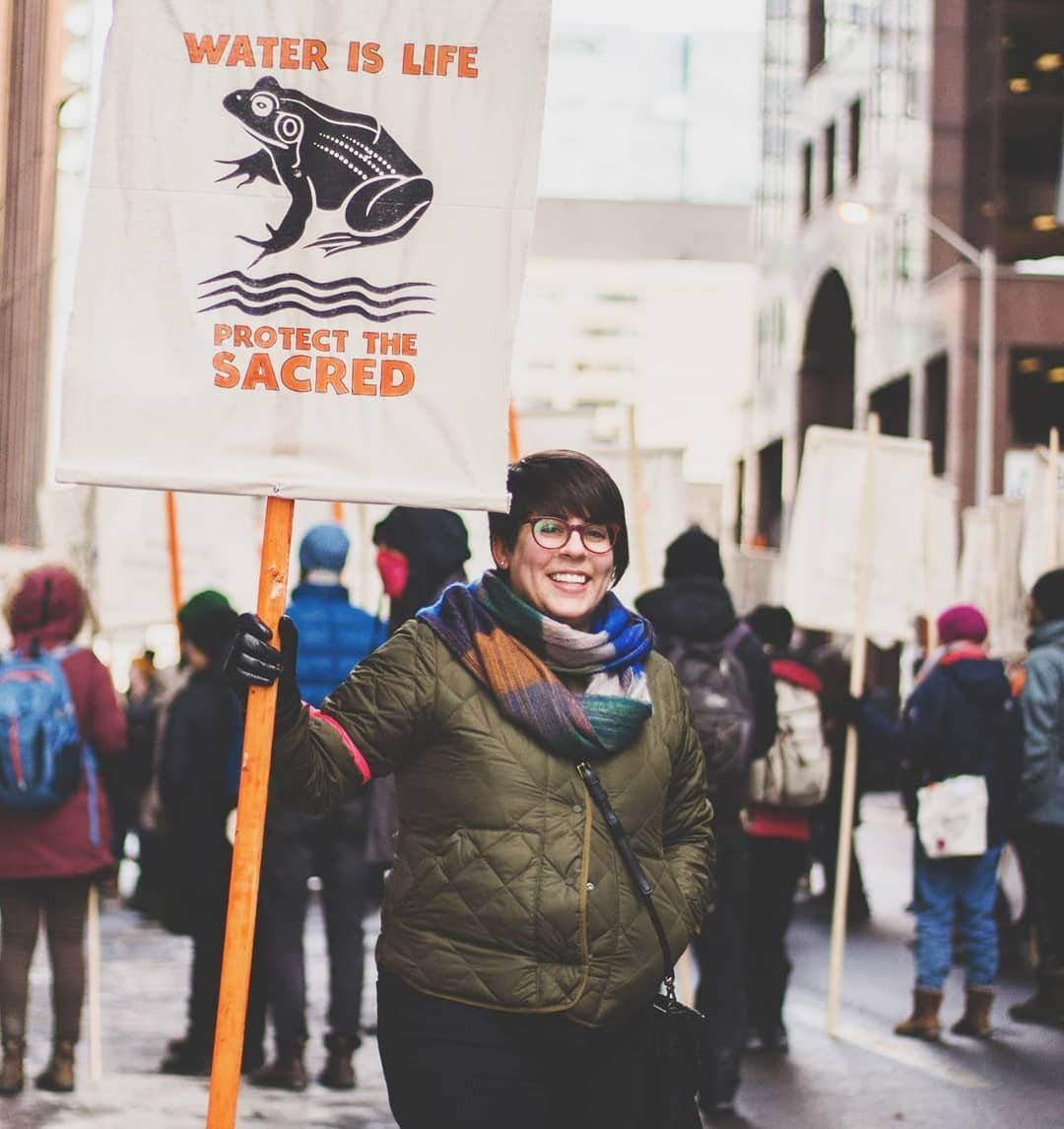 Amara (she/her) is a campaigner, educator, and facilitator with 10+ years of experience helping groups run winning campaigns and build thriving organizations. She has led some of Canada’s most impactful people-powered campaigns, using digital tools to engage and mobilize hundreds of thousands of people to win on issues and change governments. An experienced meeting designer and facilitator, Amara has trained and coached thousands of campaigners and activists around the world. She currently manages Canada campaigns at 350.org and teaches Digital Campaigning at Seneca College in Toronto. 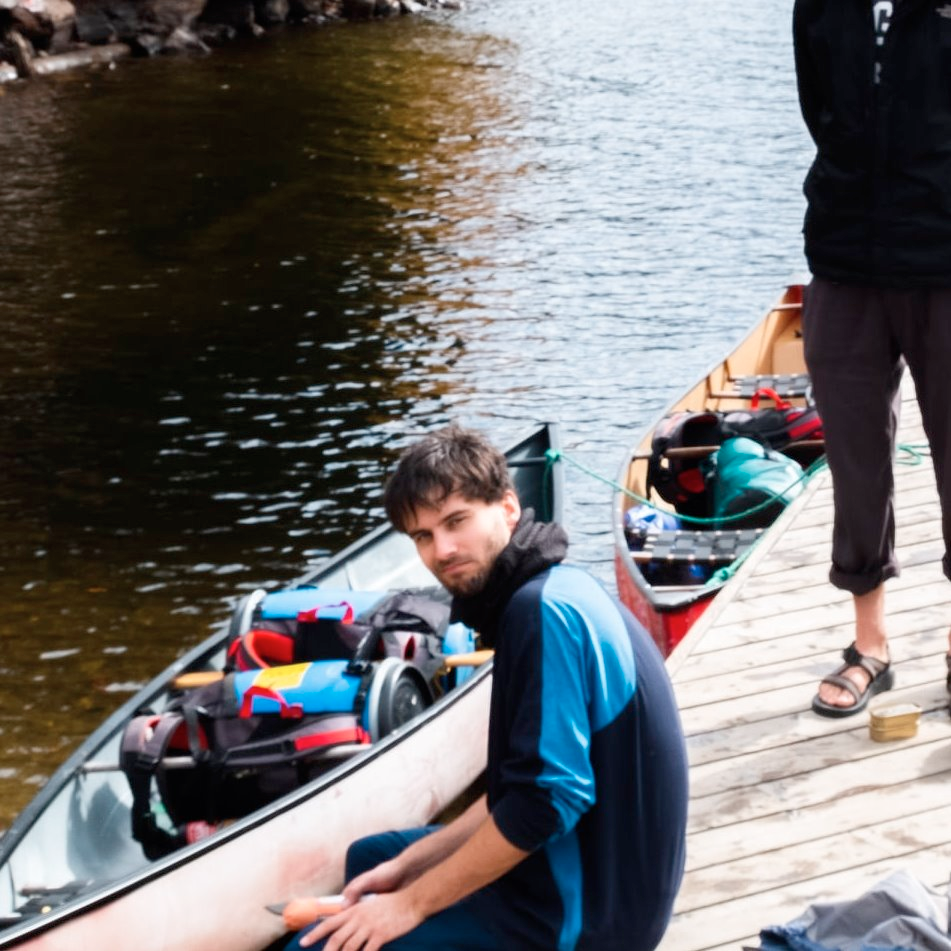 Louis' (he/him) activism began at 16, by organizing direct actions against tuition fee increases in the UK. After a detour in philosophy and, after, brand strategy, he returned to activism by co-founding Extinction Rebellion Quebec. Following six months in the States with The Climate Mobilization, he now divides his time between solidarity work for the Kanehsata:ke Land Defence, the Hub, and freelance political communications work. 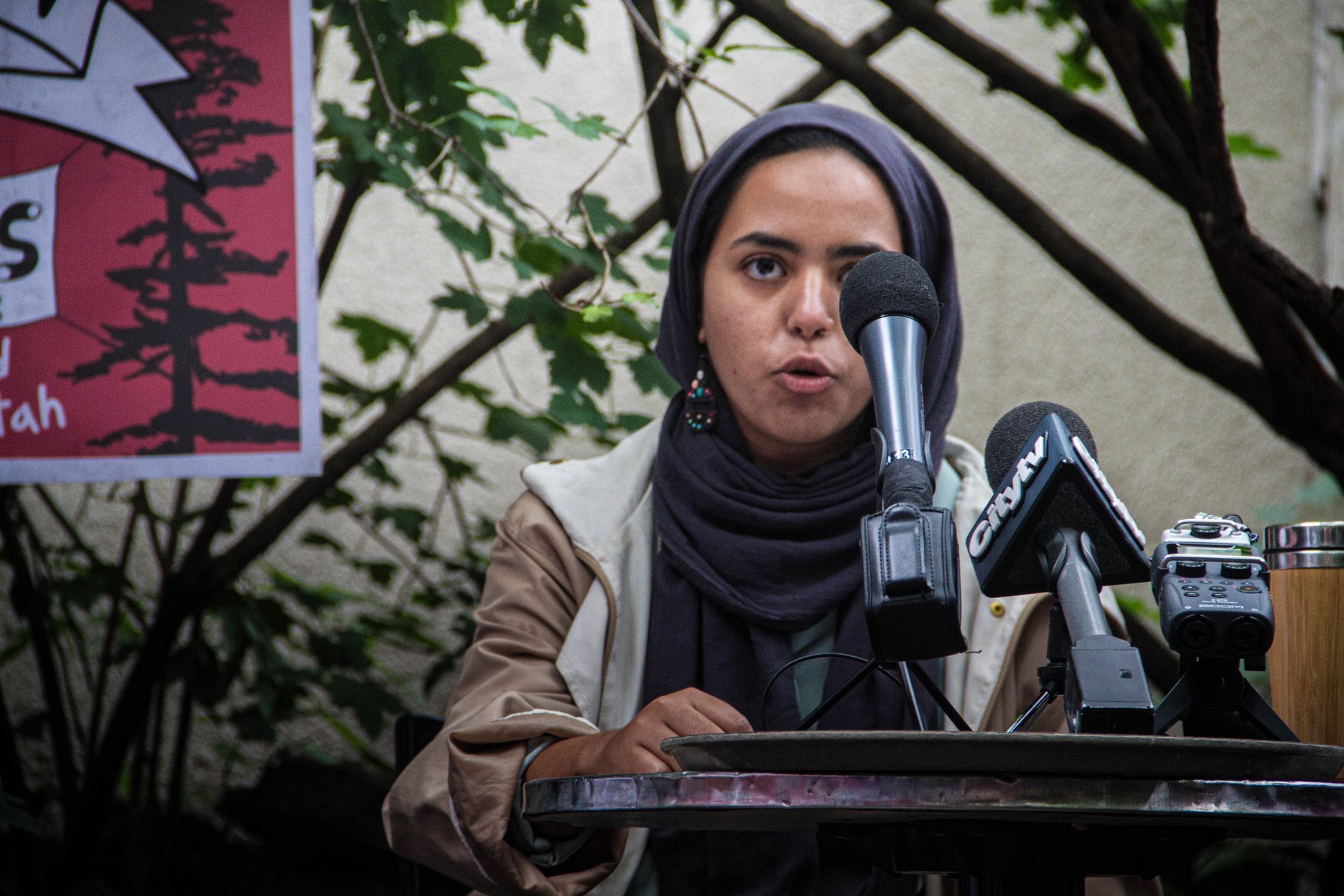 Tasnim Rekik (she/her) is a PhD student in psychology and a decolonial and anti-racist activist. She has been involved in the movements against Israeli apartheid, against Bill 21, for status regularization as well as in feminist and climate justice movements. She is also a psychosocial worker for people with mental health problems and for the Amal Center for Muslim women in difficulty. In her studies, she is interested in issues of identity and oppression as well as decolonial approaches in psychology, rooted in a social justice perspective. 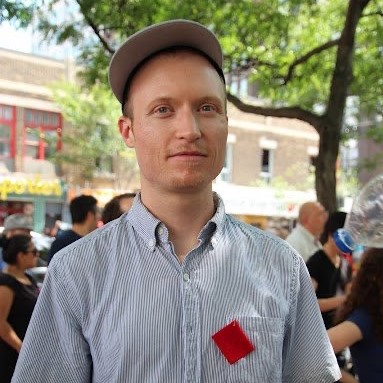 Keith Scott (he/him) is a writer, researcher, activist, and musician currently living on unceded Kanienʼkehá꞉ka (Mohawk) territory in so-called Quebec, Canada. Over the years, he has contributed to movements for migrant and refugee rights, climate justice, decolonization, prison abolition, and LGTBQAI+ rights. He is especially interested in addressing the intersections of climate change and colonialism. For his MA in Environmental Humanities, he wrote a thesis on how climate change results from ongoing histories of land theft, environmental injustice, and racism. These issues inform his current work as research coordinator with Research for the Front Lines, which provides pro bono research services for communities on the front lines of the fight for climate and environmental justice. He is also deeply passionate about creative resistance, especially music and political theater. He was a founding member of the Chaotic Insurrection Ensemble and remains an avid participant in the Honk! movement of activist street bands. He believes that there is nothing like being out in the streets blaring brass band music surrounded by hundreds of dancing dissidents all pursuing a common cause.